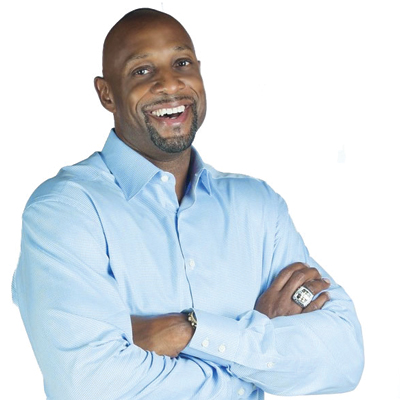 Alonzo Mourning, is a husband, father, Hall of Fame Athlete, community leader and champion for youth-focused causes.  In 1997, he founded the Mourning Family Foundation, a nonprofit public fundraising foundation, created to inspire and empower youth through advocacy, education, and enrichment programs. Since 1997, the Mourning Family Foundation has raised more than $25 million for various programs that aid in the development of children and their families.

In addition to supporting numerous educational initiatives, Mourning focuses his attention on the development of youth enrichment centers. With the help of donors, Mourning opened the Overtown Youth Center in the historic South Florida area of Overtown in 2003. The Overtown Youth Center delivers enrichment services that foster hope and promote lifelong learning and success for inner-city youth and citizens. Lead by his wife Tracy, Mourning supports Honey Shine, Inc., a mentoring program that works to empower young girls to shine as women by instilling the values of knowledge, responsibility, community, and faith. In August 2009, Mr. and Mrs. Mourning were honored as the Alonzo and Tracy Mourning Sr. High opened its doors in North Miami, Florida. Located two blocks north of Florida International University’s Biscayne Bay Campus, the high school was built to relieve overcrowding for nearby high schools in the area.

Consistently recognized for his philanthropic efforts, Mourning has received numerous awards such as the NBA’s Community Assist Award in 2006, and The Children’s Trust Excellence Award for Public Policy in 2007, to name a few. Since 2008, he has been the Chair of the McDonald’s All-American Game Advisory Committee.

Most recently, Mourning has been appointed to the Executive Team of President Barack Obama’s My Brother’s Keeper initiative.  MBK is an organization that focuses on helping young men of color connect with mentors, support networks and post-high endeavors, to create sustainable change in their lives.

Mourning has had a notably successful basketball career as a key member of the Charlotte Hornets, New Jersey Nets, and Miami Heat. A seven-time NBA All-Star and two-time Defensive Player of the Year (1999 and 2000), he played an integral part in leading the Heat to several Eastern division titles and their first NBA Championship in 2005-2006. In 2000, Mourning was selected to join an elite group of NBA players to represent the United States in the Olympics in Sydney, Australia where he won the coveted gold medal.  Retiring in 2009, Mourning was the first Miami Heat player to have his jersey retired, and returned to the team as the VP of Player Programs and Development.

In August of 2014, Mourning was inducted in to the Naismith Memorial Basketball Hall of Fame.

In 2000, Mourning was diagnosed with Focal Glomerulosclerosis (FSGS), a rare genetic kidney disease. After being diagnosed with FSGS, Mourning personally led a campaign to raise $2 million to aid in the research, education, and financial relief of patients who cannot afford medication and named the campaign Zo’s Fund for Life. Mourning eventually underwent a successful kidney transplant in December 2003.  Mourning has continued to educate the public on the importance of becoming an organ donor, recently writing an email to the White House in the summer of 2016 that stressed the importance of organ donation. He is also active with the National Kidney Foundation, educating the public on the importance of early detection.

From the President of the United States to a 3-year-old boy suffering from kidney failure, Mourning has the ability to reach, empower, and inspire those he encounters. He engages audiences of all sizes and ages, emphasizing the importance of education, leadership, and perseverance. In addition to his philanthropy, Mourning is a highly respected business leader and has numerous business development projects in the Miami area.

Mourning is a graduate of Georgetown University, and currently serves on the University’s Board of Directors. He and his wife, Tracy Wilson Mourning, reside in Miami, Florida with their three children – sons Trey and Alijah and daughter Myka. 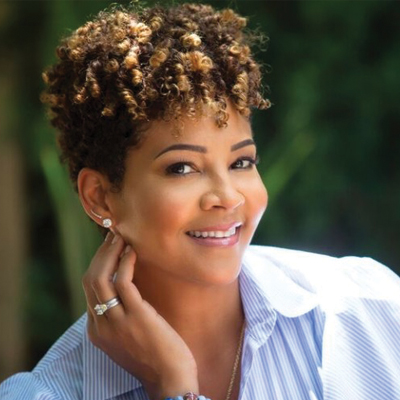 “In 2002, after a lot of soul searching, I founded the Honey Shine Mentoring Program. I wanted to make a difference in the lives of young girls. It is my calling, and now my mission, to teach and learn through mentoring. My commitment to the Honey Shine Mentoring Program is not only spiritually fulfilling, but also feeds my passion for inspiring future leaders. I invite and encourage other women to join me in shining their light to brighten the paths of our young girls.” – Tracy Wilson Mourning

Tracy Wilson Mourning is a mentor, designer, broadcast journalist, motivational speaker, soon-to-be published author, loving mother and wife. She is a Howard University graduate who majored in Broadcast Journalism. Born in Cincinnati, Ohio and raised in Las Vegas, Nevada, Tracy is a proud resident of the South Florida community.

Tracy has dedicated herself to the young girls of the Honey Shine Mentoring Program, founded in 2002.

Tracy is grateful for the higher power that guides her. Her spirituality gives her the peace and empowerment that is reflected in the ideologies of the Honey Shine Mentoring Program and Honey Child, her lifestyle brand that includes apparel designed for the goddess, soul mate, mother and friend that she believes all women are. In addition, Tracy has launched Myka and Me, a natural hair and body product line inspired by her daughter, Myka.
Tracy is also currently working on becoming a published author while continuing the work of advocating for girls and women by expanding the Honey Shine Mentoring Program across the country