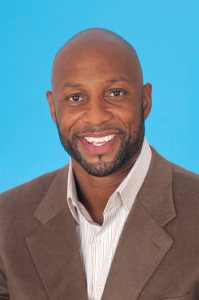 Alonzo Mourning is the founder of Mourning Family Foundation (formerly known as Alonzo Mourning Charities), a not-for-profit 501(c)(3) public fundraising foundation, created to inspire others through advocacy, education, and enrichment services. Since 1997, Mourning has raised more than $10 million for various programs that aid in the development of children and their families.

In addition to supporting numerous educational initiatives, Mourning focuses his attention on stimulating the development of youth enrichment centers. With the help of donors, Mourning opened the Overtown Youth Center in the historic South Florida area of Overtown in 2003. The Overtown Youth Center delivers enrichment services that foster hope and promote lifelong learning and success for inner-city youth and citizens.

With the leadership of his wife Tracy, Mourning supports the Honey Shine Mentoring Program which works to empower young girls to shine as women by instilling the values of knowledge, responsibility, community, and faith. Additionally, Mourning acts as an advocate for youth initiatives and foster care programs that assist abused, abandoned, and neglected kids. The couple is united through their commitment to the children of the Greater Miami Community.

In August 2009, Mr. and Mrs. Mourning were honored by having a High School named after them. The Alonzo and Tracy Mourning Sr. High Biscayne Bay Campus opened its doors in North Miami, Florida. Located two blocks north of Florida International University’s Biscayne Bay Campus, it was built to relieve overcrowding at nearby Dr. Michael M. Krop and North Miami Beach High Schools.

Mourning has had a notably successful basketball career as a key member of the Charlotte Hornets, New Jersey Nets, and Miami Heat. A seven-time NBA All-Star and two-time Defensive Player of the Year (1999 and 2000), he played an integral part in leading the Heat to several Eastern division titles and their first NBA Championship in 2005-2006. Mourning is currently among the league’s leaders in blocked shots, field goal percentages, and rebounds per game.

In 2000, Mourning was selected to join an elite group of NBA players to represent the United Statesin the Olympics in Sydney, Australia. Mourning won the coveted gold medal, but was soon diagnosed with Focal Glomerulosclerosis (FSGS), a rare genetic kidney disease.

After being diagnosed with FSGS, Mourning personally led a campaign to raise $2 million to aid in the research, education, and financial relief of patients who cannot afford medication and named the campaign Zo’s Fund for Life. Mourning eventually underwent a successful kidney transplant in December 2003. He continues to raise awareness about the importance of becoming an organ donor and is also active with the National Kidney Foundation, educating the public on the importance of early detection.

Mourning has been sought after as an orator to inspire sales teams, encourage nurses and staff at dialysis units across the country, and speak to a room of 300 top Nephrologists and transplant surgeons about his story and the importance of continuing to progress with treatment. From the President of the United States to the 3 year old boy suffering from kidney failure, Mourning has the ability to reach, empower, and inspire everyone he encounters. He engages audiences of all sizes and ages, emphasizing the importance of education, leadership, and perseverance. In addition to his philanthropy, Mourning is a highly respected business leader and has numerous business development projects in the Miami area.

Mourning is a graduate of Georgetown University and holds a degree in Sociology. He also is a member of his alma mater’s Board of Directors, Vice President of Player Programs and Development with the Miami Heat, and has been the Chair of the McDonald’s All-American Game Advisory Committee since 2008. He and his wife, Tracy Wilson Mourning, reside in Miami, Florida with their three children – sons Trey and Alijah and daughter Myka.